The Lions’ fear has been confirmed. Edge rusher Romeo Okwara has been diagnosed with a torn Achilles that will rule him out for the remainder of the season (Twitter link via NFL.com’s Ian Rapoport). 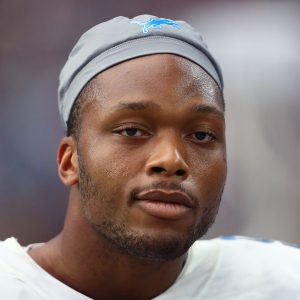 The Lions will place Okwara on the injured reserve list, opening up a new spot on the 53-man roster. Replacing his production will be a different matter. Now at 0-4, the Lions’ odds of righting the ship have gone down drastically. They’ve already lost cornerback Jeff Okudah — also an Achilles tear — and they’re still awaiting Trey Flowers‘ return from shoulder and knee issues. Plus, Lions center Frank Ragnow was also forced out this week with a toe injury, though that seems to be a short-term matter.

Doctors — and non-medical professionals — could immediately tell that Okwara was in bad shape. The pass rusher was in obvious pain on Sunday and couldn’t put weight on his left leg as he hobbled off the field.

Okwara registered a career-high ten sacks last year with 44 stops, three forced fumbles, and 18 total quarterback hits. And, through the first three games this year, he was Detroit’s most productive defender. The Lions will be counting on Flowers (if healthy), Charles Harris, Julian Okwara, and Austin Bryant for support as they search for win No. 1.