The Deshaun Watson sweepstakes could be down to two teams. In addition to the Dolphins, the Panthers have also presented the Texans with a strong offer, according to PFT. 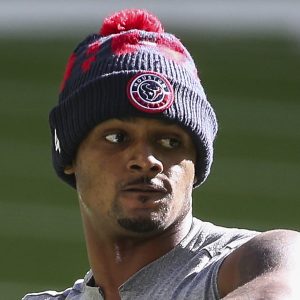 The Texans would likely accept the Panthers’ latest proposal, according to PFT’s source, but Watson’s the one who really holds the cards. Thanks to his no-trade clause, he can veto any destination he doesn’t like. Fortunately for the Panthers, they’re on his short list of preferred teams, unlike the Eagles. Denver has also been said to be in the mix, but it’s shaping up to be a two-horse race and the Broncos aren’t in it at the moment.

We’ve had conflicting word on the Panthers’ level of interest all month long. Just last week, Jonathan Jones of CBS Sports heard the Dolphins have effectively been bidding against themselves. Still, Watson won’t be parked on the commissioner’s exempt list if he’s traded, so it stands to reason that other teams could try and outbid the Dolphins.

And, just hours ago, head coach Matt Rhule benched Sam Darnold in the fourth quarter. After the game — a 25-3 loss to the Giants —Rhule told reporters that Darnold will “be our quarterback next week.” It remains to be seen whether he’ll be their QB come November 3rd.