Eric Ebron will be out for at least a little while. The Steelers tight end is “expected to miss extended time” with a knee injury that may require surgery (Twitter link via Jeremy Fowler of ESPN.com). For now, he’s awaiting a second opinion to determine the best course of action. 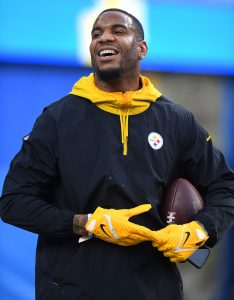 Ebron was forced out midway through Sunday’s game against the Chargers and didn’t make it back to the field. His day ended with three grabs for 24 yards and his first touchdown of the year; now, it’s possible that his season will be capped at 12 catches, 84 yards, and one TD.

In 2020, Ebron went off for 56 catches, 558 yards, and five touchdowns. Needless to say, this isn’t the encore he had in mind. And, since he’s in his walk year, a season-ending surgery could mark the end of his Steelers tenure.

Ebron joined the Steelers last year on a two-year deal worth $12MM. The relatively low-risk pickup paid off in Year One, but Ebron’s inconsistency seems to have followed him to Pittsburgh. In 2018, the UNC product got the drops under control and managed a 13-touchdown season with 66 catches for 750 yards. But, without quarterback Andrew Luck, he was far less productive in 2019. Now, after a strong 2020 debut with the Steelers, his 2021 may end without much of an impact.