The Steelers have agreed to trade edge rusher Melvin Ingram to the Chiefs (Twitter link via NFL.com’s Ian Rapoport). In exchange, Kansas City will send a sixth-round pick to Pittsburgh. The deal is now official, per a press release from the Steelers. 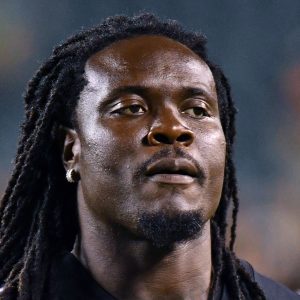 The Chiefs made an offer on Ingram late last week, following a one-sided loss to the Titans. Even with Frank Clark and Chris Jones back on the field, the Chiefs clearly needed to bolster their pass rush. They’ve done just that by acquiring Ingram, a proven vet who was eager for a change of scenery.

So far this year, Ingram has ten tackles, one pass defensed, and one sack across six games. Those numbers don’t exactly jump off of the screen, but he’s been healthy, and that’s good news after his injury-riddled 2020. Ingram’s knee kept him to just seven games with the Bolts last year. Before that, he saw three straight Pro Bowl nods from 2017-2019.

The Chiefs met with Ingram in the early part of the offseason but passed on their opportunity to sign him. In other words, they could have had the 32-year-old on a similar deal without coughing up a draft pick. Still, it’s only a sixth-round choice, so the Chiefs haven’t depleted their stockpile too badly.

Ingram will make his debut on Sunday when the Chiefs host the Packers at Arrowhead Stadium.