The Titans have placed safety Kevin Byard on the Reserve/COVID-19 list, per a club announcement. Byard is one of several NFL notables to receive the designation today, alongside Vikings cornerback Patrick Peterson and Steelers outside linebacker T.J. Watt. 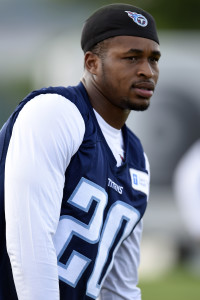 The good news is that Byard might not miss any game action, since the Titans are on their bye week. And, at the same time, they’ve also been able to activate linebacker Joe Jones from the COVID-19 list. Assuming everything checks out, Byard could suit up for the Titans next game, a Week 14 matchup vs. the Jaguars.

Byard, 28, put himself on the map with a league-leading eight interceptions in 2017. He hasn’t reprised his Pro Bowl or First-Team All-Pro status since, but he remains a pillar of the Titans’ secondary. In 2019, the Titans furnished him with a five-year, $70.5MM extension, making him the NFL’s highest-paid safety at the time of signing.