Desmond King is returning to Houston. The defensive back is re-signing with the Texans, according to ESPN’s Adam Schefter (via Twitter). 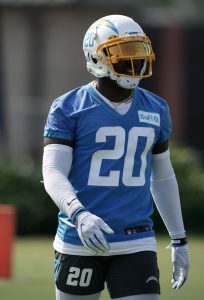 King will be signing a two-year deal worth $7MM, per Schefter. The deal contains $3.5MM in guaranteed money.

The defensive back spent the first four seasons of his career with the Chargers, including a 2018 campaign where he earned a Pro Bowl and All-Pro nod as a cornerback and returner. However, he found himself in and out of the lineup during the 2019 season, and he was ultimately traded to the Titans midway through the 2020 season.

Tennessee let him walk at the end of the year, and King ultimately landed a one-year deal with Houston. He ended up starting a career-high 12 games for the Texans, compiling 93 tackles, six passes defended, and three interceptions.

One comment on “Texans To Re-Sign DB Desmond King”