In addition to the Broncos now officially having new ownership, they will have another new decision-making presence. The team hired Damani Leech as its next president. 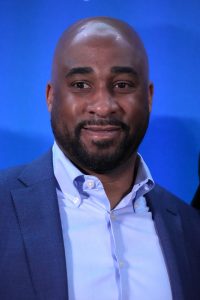 Leech, who spent the past three years as COO for NFL International, will join GM George Paton in reporting to Broncos CEO Greg Penner. The latter is the son-in-law of new owner Rob Walton. This will usher considerable change for the Broncos, who had Joe Ellis in place as their top executive for the past several years.

“Damani is highly regarded throughout the National Football League for his leadership, strategic vision and collaborative spirit,” the team said in a statement. “As a former college player with executive experience at both the NFL and NCAA levels, Damani understands the value of teamwork and knows what it takes to win—on and off the field.”

In addition to his NFL International role, Leech worked in the league office in different capacities over the past eight years. In the 17 years prior to that, Leech worked at the NCAA national office in Indianapolis.

Ellis was part of the three-person Pat Bowlen Trust that was in charge of the franchise, after the Hall of Fame owner stepped away from the team as he battled Alzheimer’s. Pat Bowlen died in 2019. Pat Bowlen’s youngest daughter, Brittany, was the NFL’s preferred candidate to succeed him. Days before Walton officially became the team’s owner, Brittany Bowlen stepped down from her post within the organization.

Penner said ownership will not become too involved in Broncos personnel decisions, via Troy Renck of Denver7 (on Twitter), being set to cede football ops-related responsibilities to Paton and HC Nathaniel Hackett. The new Broncos ownership was mum on Russell Wilson‘s contract situation, and although Penner mentioned (via Renck, on Twitter) Peyton Manning and John Elway as possible options to take on roles with the team, neither is firmly attached to anything. Both Hall of Famers were at the press conference this week introducing Walton and Co., however. All four ownership finalists spoke with Manning about a role with the team; Elway remains a consultant to the front office.