The Ravens suffered two injuries during yesterday’s win over the Jets, but in both cases, that contest will be their only action of the 2022 season. Cornerback Kyle Fuller tore his ACL, head coach John Harbaugh confirmed when speaking to the media on Monday. 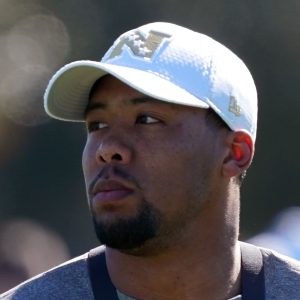 The 30-year-old signed in Baltimore in May, looking to use the homecoming as a way to re-build his value. Fuller played in Denver last season on a $9.5MM deal, but found himself in and out of the lineup competing with a number of young Broncos corners. He failed to record an interception for the first time in his career, a far cry from the league-leading seven picks he amassed during his All-Pro Bears season in 2018.

Still, Fuller projected as a key rotational player in a Ravens CB room which saw plenty of turnover during the offseason. The departures of Anthony Averett and Jimmy Smith left a roster spot open for a veteran addition, especially given the injury concerns faced by starters Marlon Humphrey and Marcus Peters.

The latter missed the 2021 season in its entirety, leaving his Week 1 status in the air. He was activated from the PUP list in August, but did indeed sit out yesterday’s game. That left Fuller as a starter, and he logged a defensive snap share of 95%. A return to the field by Peters in time for Week 2 would alleviate the need for a new first-teamer on the perimeter, but the Ravens’ depth could be tested early in the year especially if he is unable to do so.

Baltimore will likely lean more heavily on Brandon Stephens in Fuller’s absence; the team could also use more three-safety packages including Marcus Williams, Chuck Clark and Kyle Hamilton. Fourth-round rookies Jayln Armour-Davis and Damarion Williams could be in line for increased playing time as well. Fuller, meanwhile, will turn his attention to recovery as he now faces another ‘prove-it’ deal in free agency next offseason.