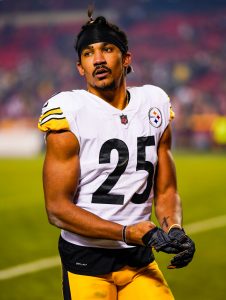 Leal needed a moment to adjust to the game at the NFL-level but was slowly carving out a role for himself on the Steelers defense at the start of the season. Leal played fairly minimal snap shares in the team’s first three games. After being given more of an opportunity in a Week 4 loss to the Jets, Leal earned his first career start in a road game at Buffalo. A knee injury would force Leal to the IR and cause him to miss the next six games.

The Steelers defensive line is one of their deepest position groups. Leal will likely be worked in slowly as a rotation substitute for starters Larry Ogunjobi, Montravius Adams, and Cameron Heyward. He’ll compete with Chris Wormley, Tyson Alualu, and Isaiahh Loudermilk for those backup snaps. Leal might be able to get some additional run due to his ability as a pass rusher. With star edge rusher T.J. Watt and Malik Reed both questionable heading into this week’s matchup against the Falcons, Leal might hear his name called to go get after the quarterback.

Witherspoon has had a disappointing second season in Pittsburgh. Despite injuries keeping him out of nearly half the team’s games last year, Witherspoon started the first three games at cornerback for the Steelers this season. Since then, a hamstring injury has held him out of seven of the last eight games.

Listed as doubtful coming into this weekend, moving Witherspoon to IR doesn’t change anything in the team’s starting lineup, solely clearing a roster spot for Leal. Levi Wallace will continue to start in place of Witherspoon during his extended absence alongside Cameron Sutton.