Despite a highly disappointing 5-11 finish this season, Jets owner Woody Johnson decided Sunday to give both general manager Mike Maccagnan and head coach Todd Bowles another chance in 2017. It now appears that will be Johnson’s last significant act as the Jets’ owner for at least a little while. 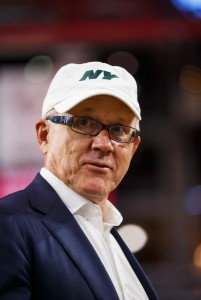 Johnson, 69, is likely to become the U.S. Ambassador to the United Kingdom once President-elect Donald Trump takes office Jan. 20. Johnson will then have to relinquish control of the Jets until his appointment ends. The franchise will remain in the Johnson family, per Pro Football Talk’s Mike Florio, who reports that Woody Johnson will cede the reins to younger brother Christopher Wold Johnson.

Since Woody Johnson purchased the Jets in 2000, they’ve gone .500 or better in nine of 17 seasons and made six playoff trips. They’re currently stuck in a six-year postseason drought, though, with Maccagnan and Bowles having been around for a pair of those campaigns. The forthcoming change to the franchise’s ownership situation may have helped those two retain their jobs, according to Florio.