49ers To Work Out Dre Kirkpatrick

The 49ers will audition cornerback Dre Kirkpatrick on Friday (Twitter link via NFL.com’s Ian Rapoport). The Niners recently placed Emmanuel Moseley on the reserve/COVID-19 list, so the former first-round pick could provide them with extra insurance.

The Saints and Patriots also took a look at Kirkpatrick this offseason, but the longtime Bengals corner remains unsigned. Kirkpatrick has served as a full-time starter since 2015. All in all, he’s got nine years of NFL experience — eight with the Bengals and one year (2020) with the Cardinals.

Last year, Kirkpatrick appeared in 14 games for Arizona, including eleven starts. He finished out with 56 tackles, seven passes defended, three interceptions, and a much softer market than he anticipated.

Kirkpatrick could land with the 49ers, giving him a chance to see his last club twice in 2021. Whether in SF or elsewhere, the 31-year-old will look to add to his career totals of 358 tackles, three sacks, 72 passes defensed, and 13 interceptions.

Saints To Meet With Dre Kirkpatrick

The Saints are set to meet with veteran cornerback Dre Kirkpatrick (Twitter link via NFL.com’s Ian Rapoport). Kirkpatrick would provide New Orleans with a proven corner and fill their need for better depth in that group.

Kirkpatrick met with the Patriots last month, but nothing came of that visit. At least, not yet. That was Kirkpatrick’s first known workout, which is surprising since he’s served as a full-time starter for the last few seasons. He also offers a first-round pedigree, having been drafted 17th overall by the Bengals back in 2012.

After eight years with the Bengals, Kirkpatrick inked a one-year deal with the Cardinals last year. He appeared in 14 games, including 11 starts. He finished out with 56 tackles, seven passes defended, three interceptions, and a much softer market than he anticipated.

If signed, Kirkpatrick could help to fill the void left by Janoris Jenkins‘ departure. They’ve still got Pro Bowler Marshon Lattimore as their CB1, but they need better support. For now, they’ve got veteran Patrick Robinson and third-round rookie Paulson Adebo near the top of the chart.

May 16: No deals are imminent with either player, according to Mike Reiss of ESPN.com. The tryouts just appeared to be a matter of due diligence, and Redmond has another visit lined up with a different club later this week.

The Cardinals are planning to sign Dre Kirkpatrick, according to Ian Rapoport of NFL.com (on Twitter). The free agent cornerback is currently meeting with team brass and the one-year deal should be finalized once he passes his physical.

Kirkpatrick will reunite with his former positional coach, Vance Joseph. Joseph, now the Cardinals’ defensive coordinator, helped guide Kirkpatrick through some of his formative years with the Bengals.

Robert Alford‘s latest injury has left the Cardinals thin at cornerback once again. As it stands, they have 2019 second-rounder Byron Murphy as their top counterpart for star Patrick Peterson. Their recent additions of B.W. Webb and former Saints starter Ken Crawley may help, but Kirkpatrick would bring experience and a first-round pedigree to the group.

Kirkpatrick has also been connected to the Vikings and Raiders this offseason, thanks to connections with former coaches Mike Zimmer and Paul Guenther. Nothing materialized on either front, however, leaving Kirkpatrick to wait.

Kirkpatrick played just six games last season before he was sidelined by a knee injury. In the offseason, the Bengals dropped him to save $8.3MM against the cap. Now 30, Kirkpatrick comes to Arizona with 67 starts under his belt and the potential to help salvage Joseph’s pass coverage corps.

The Cardinals have already signed a former Bengals cornerback, agreeing to terms with B.W. Webb. They are now going back to Vance Joseph‘s days in Cincinnati to explore another addition to their secondary. 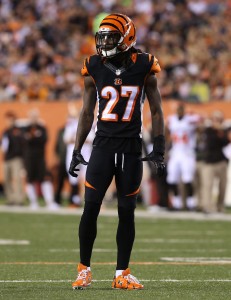 Longtime Bengals corner Dre Kirkpatrick is visiting the Cardinals, Ian Rapoport of NFL.com tweets. The Bengals drafted Kirkpatrick in the first round in 2012, and his eight-year Ohio stay overlapped with Joseph’s two-year stint (2014-15) as Bengals secondary coach.

Arizona again lost Robert Alford for the season, again leaving the team shorthanded opposite Patrick Peterson. Although the Cards feature 2019 second-rounder Byron Murphy, they have added Webb and ex-Saints starter Ken Crawley this week. Kirkpatrick would continue the veteran-heavy approach the team is now taking at this position.

Interestingly, Kirkpatrick’s free agency rumors have centered around his former coaches. Both the Vikings and Raiders, whose defenses are respectively run by ex-Bengals DCs Mike Zimmer and Paul Guenther, showed interest earlier this year. But each team moved in another direction. Kirkpatrick moved into a full-time starting role under Joseph in 2015, helping the Bengals to their best season in decades.

The Raiders are set to sign cornerback Prince Amukamara, according to Mike Garafolo of NFL.com (on Twitter). The financial terms are not yet known, but Garafolo hears that everything is in place for a deal. 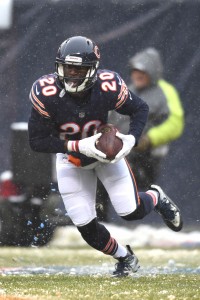 The former first-round pick has been looking for work since he was cut by the Bears in February. His career began with the Giants, where he spent the first five seasons of his career. After that, he spent a year with the Jaguars before signing yet another one-year pact – this time with the Bears – in 2017. In 2018, they gave him a three-year, $27MM re-up, but he did not get to see the last year of that deal.

Amukamara was a key player in the Bears’ secondary as he started alongside Kyle Fuller. Now, he’ll spend his age-31 season and ninth pro year in Las Vegas.

Last year, Amukamara graded out as Pro Football Focus’ No. 41 corner in the NFL – he fared better in 2018, when the Bears had the league’s best D. For his career, Amukamara has started in 99 of his 113 games – he’s more or less been first-string for every campaign except his rookie year. With the Raiders, he’ll fight for his place alongside Trayvon Mullen, Damon Arnette, slot/safety Lamarcus Joyner, Amik Robertson, Isaiah Johnson, and Nevin Lawson.

If the Amukamara deal should fall though for some reason, look for Las Vegas to pivot to Dre Kirkpatrick. The longtime Bengal, whom Cincinnati released at the end of March, is a fallback option for the Raiders, per NFL insider Adam Caplan (via Twitter). It sounds as if the Raiders will not pursue Kirkpatrick if the Amukamara deal is finalized, but Las Vegas could probably stand to add another veteran CB to its depth chart.

Vikings Have Dre Kirkpatrick On The Radar

The Vikings are “kicking the tires” on Dre Kirkpatrick, according to KSTP’s Darren Wolfson (Twitter link). However, their interest is still in the preliminary stage.

The Bengals dropped Kirkpatrick in late March to save $8.3MM against the cap while making room for former Vikings corner Trae Waynes, who inked a three-year, $42MM pact. If the Vikings sign Kirkpatrick, the two teams could wind up with a cornerback trade of sorts with Mackensie Alexander also headed to Cincy.

The history between Vikings head coach Mike Zimmer and Kirkpatrick could play a role here. Zimmer was on the Bengals’ coaching staff when they drafted Kirkpatrick in the first round of the 2012 draft. Meanwhile, new Vikings defensive backs coach Daronte Jones has spent the previous two seasons with the Bengals. There are connections aplenty, and Kirkpatrick may profile as a potential add at this stage of the offseason.

For his career, Kirkpatrick has 99 appearances to his credit over the course of eight seasons. Last year, his season was cut short by a hyperextended knee injury, leaving him with a stat line of 33 tackles, one sack, and one fumble recovery in six games. Before that, in 2018, he allowed just 44.4% of the targets thrown his way to be caught, good for the second-best rate in the NFL.

After losing Waynes, Alexander, and Rhodes, the Vikings are left with a green group of CBs. As it stands, Mike Hughes and Holton Hill profile as the team’s top corners.

The Bengals will release cornerback Dre Kirkpatrick, according to ESPN.com’s Ben Baby (Twitter link). The move will save Cincy $8.3MM against the salary cap, giving them even more cash to work with in the second half of the offseason.

Kirkpatrick is just the latest vet to be jettisoned by the Bengals. All in all, they’ve freed up more than $23MM by cutting veterans in the last couple of months.

The Kirkpatrick release doesn’t come as a surprise after the Bengals inked Trae Waynes to a three-year, $42MM deal that will pay him approximately $20MM in 2020. Kirkpatrick, a former first-round pick, should find plenty of interest from cornerback-needy teams, though his market will be somewhat limited since many teams have already addressed that gap.

Since 2012, Kirkpatrick has appeared in 99 games over the course of eight seasons. Last year, his season was cut short by a hyperextended knee injury. He finished out with 33 tackles, one sack, and one fumble recovery in six contests. In 2018, he allowed just 44.4% of the targets thrown his way to be caught, good for the second-best rate in the NFL.

The Bengals will also be moving forward without Darqueze Dennard, who left in free agency to sign with the Jaguars. Waynes will be among their new headliners and he’ll be joined by fellow ex-Viking Mackensie Alexander. Former Titans corner LeShaun Sims will also be in the CB mix.

The Bengals have placed Dre Kirkpatrick on injured reserve, per a club announcement. In related moves, the team promoted linebacker Hardy Nickerson and wide receiver Damion Willis to the active roster.

Kirkpatrick, 30, is in the midst of a five-year, $52.5MM deal he inked back in 2017. He’ll remain on the books for 2020, when he’s due a base salary of $9.4MM. Before he season-ending hyperextended knee injury, Kirkpatrick tallied 33 stops, one sack, and one fumble recovery across six games.

Last year, Kirkpatrick allowed just 44.4% of the targets thrown his way to be caught, good for the second-best rate in the league. That was good for second amongst all NFL cornerbacks with at least 400 coverage snaps.

The Bengals were hoping to get him back before the end of the season but, then again, they’re not playing for much at this point.