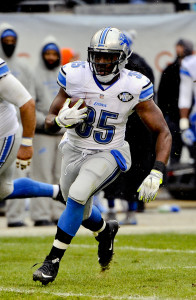 Langford is expected to be out for 4-6 weeks with a sprained ankle and backup Ka’Deem Carey is dealing with a hamstring issue. If Carey cannot go in Week 4, the Bears will likely use rookie Jordan Howard as their primary back. Raheem Mostert is also on the depth chart, but the Bears will need another RB with experience behind the Indiana product if Carey cannot suit up.

In 13 games for Detroit last season, Bell racked up 311 yards off of 90 carries with four touchdowns. He also caught 22 passes for 286 yards. Despite giving the Lions multiple seasons of production, Bell was cut earlier this year to save $1MM against the cap.

One comment on “Bears Working Out RB Joique Bell”