The Lions have signed tight end Clay Harbor, according to Adam Caplan of ESPN.com (on Twitter). Harbor was let go by the Patriots earlier this week and he wasn’t out of work for long. 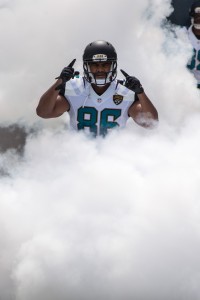 Detroit has been on the lookout for tight end depth and they found a good one this week when New England discarded Harbor. Harbor was considered to be a candidate for release with Tom Brady and Rob Ninkovich returning, but he perhaps wasn’t the most obvious one. In any case, Harbor will hope to see more playing time than he did in New England. The veteran logged 25 snaps on offense and 39 on special teams for the Pats, but not register an official statistic.

In other Lions news, the team swapped out running backs on the practice squad this week.