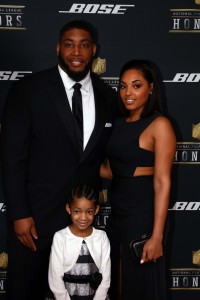 Still’s shutdown marks the second season-ending injury to the Texans’ defensive line in the last week. Of course, the J.J. Watt injury was much more significant, but Still was a contributor on the D-Line and a valuable rotational piece.

Still, who hasn’t made a start in his four-year NFL career since being selected in the second round of the 2012 draft, became a fan favorite in Cincinnati and around the league as his young daughter, Leah Still, battled cancer. Leah went into remission from neuroblastoma in March, and Still announced earlier this year that she was cancer-free.