We heard earlier today that the Chiefs are expected to pursue an extension for head coach Andy Reid, who is under contract through 2017, at the end of the season. But general manager John Dorsey, who, like Reid, came to Kansas City in 2013, is already in the final year of his deal, and Ian Rapoport of NFL.com reports that Dorsey could take over the Packers’ GM job next season. 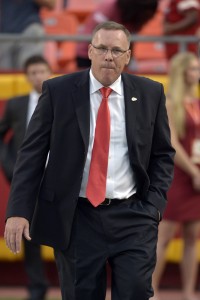 Ted Thompson, the Packers’ current GM, has two years remaining on his contract, but the 63-year-old could step aside to a senior scouting role, which Rapoport reported last week. If that happens, the door could be open for Dorsey to return to Green Bay, where he first found front office success.

Per Rapoport, Dorsey’s success in his various roles with Green Bay made him incredibly well-regarded by the club’s executive committee, including president and CEO Mark Murphy. In addition to Dorsey, Thompson’s list of potential successors includes current director of football operations Eliot Wolf–who was long considered to be the heir apparent to Thompson but who interviewed for the 49ers’ GM job last week–vice president of football administration Russ Ball, director of player personnel Brian Gutekunst and senior personnel executive Alonzo Highsmith.

It is interesting to note that, whether the Chiefs blocked current director of player personnel Chris Ballard from interviewing for the 49ers’ job or whether he turned down San Francisco’s overtures on his own–there are conflicting reports on that front–the fact remains that Ballard will remain in Kansas City. It could be, as Rapoport suggests (via Twitter), that Ballard plans to be elevated to the Chiefs’ GM job sooner rather than later.