The Bears are signing cornerback Prince Amukamara, according to Jordan Raanan of ESPN.com (on Twitter). It’s a one-year deal, Amukamara tells Josina Anderson of ESPN.com (on Twitter). Tom Pelissero of USA Today tweets that the deal is worth $7MM (all guaranteed). Aaron Wilson of the Houston Chronicle tweets that half of that guaranteed money will come via base salary with the other half coming via a signing bonus. 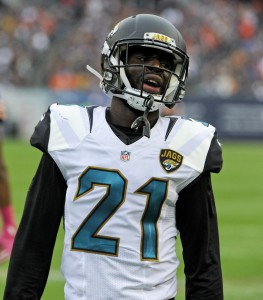 After being slowed by injuries with the Giants, Amukamara managed to stay on the field for most of the year in his one season with the Jaguars. He probably won’t blossom into a shutdown corner this late in his career, but the former first-round pick could make a fine starter for the Bears. Right now, Amukamara figures to start at one cornerback position with Cre’von LeBlanc holding down the other starting job.

The Bears were swinging for the fences this week, but came up short in several of their pursuits. Originally, Chicago was zeroing in on this year’s top available cornerback, A.J. Bouye. For one reason or another, it seems Bouye never had genuine interest in signing with the Bears. With Logan Ryan and others off the board, Amukamara stood as one of the best corners on the board by Friday morning.

In terms of ability, we had Amukamara ranked as this offseason’s sixth-best corner, behind Bouye, Ryan, Stephon Gilmore, Morris Claiborne, and Dre Kirkpatrick.