The Browns have agreed to sign former Packers offensive lineman J.C. Tretter, reports Mike Garafolo of NFL.com (Twitter link). Tretter offers versatility along the line, but he will indeed serve as Cleveland’s center, per Garafolo.

It’s a three-year, $16.75MM deal for Tretter, who will see $10MM in guarantees, per Adam Caplan of ESPN.com (on Twitter). This has been just a portion of a busy day for Browns offensive linemen. 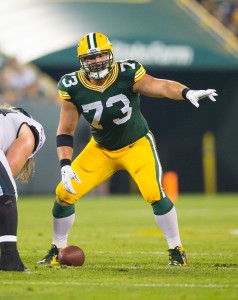 Cleveland is investing heavy resources on its front five on the first official day of free agency, as the club has already agreed to a long-term extension with left guard Joel Bitonio. They also signed Kevin Zeitler to a guard-record $12MM-AAV deal.

Tretter’s signing will have more wide-ranging implications for the rest of the offensive line, and could specifically signal a displeasure with former first-round pick Cameron Erving. Erving struggled during his first season as a full-time starter at the pivot, and while he could potentially move to another position (right tackle or guard), he may simply shift to the bench.

Tretter was never a permanent member of Green Bay’s offensive line during his time there, but he exceeded expectations when asked to start. In 2016, the 26-year-old graded as the No. 9 center in the league, per Pro Football Focus, and started nine games while filling in for Corey Linsley. Linsley is expected to return as the Packers’ center in 2017, leaving the club little room to play Tretter.