The Colts lost out on some marquee free agents on Day 1 of the NFL’s player-movement period but agreed to sign an auxiliary pass-rusher in Barkevious Mingo. The deal is for one year and $2.5MM, Ian Rapoport of NFL.com reports (on Twitter). Ben Volin of The Boston Globe tweets that the deal includes $500K in guaranteed money. 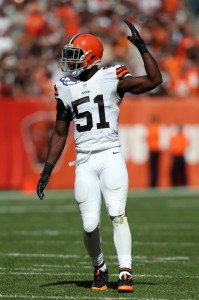 Indianapolis entered free agency with a glaring need at the edge-rushing spots, with much of its 2016 sack total associated with UFAs or players that retired. Mingo will join the Colts as a former first-round pick but one who hasn’t lived up to his potential. Mingo registered seven sacks with the Browns in 2013-14 but none since, and the Patriots acquired him for a 2017 fifth-round pick.

Trent Cole and Erik Walden entered free agency, and Robert Mathis retired after the 2016 season. Those three were responsible for 18 Colts sacks last season. Mingo figures to play a depth role in Indy as he attempts to recapture some of the promise that made him the No. 6 pick in 2013.