After taking a visit with the Redskins on Friday, free agent defensive tackle Bennie Logan plans to take meetings with other clubs, tweets John Keim of ESPN.com. No contract is imminent between the two parties, adds Keim. 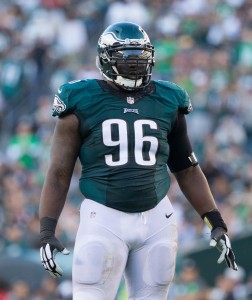 The Redskins’ interest in Logan, 27, dates back until at least January, though he has obviously been on their radar for longer as a division rival. Washington finished last year 25th in DVOA against the run and has since lost lineman Chris Baker to Tampa Bay, so the fact that it’s pursuing Logan isn’t surprising. The 309-pound Logan is a well-regarded run defender, and while Pro Football Focus assigned him poor grades last season, his most recent work came in a 4-3 defense. The Redskins run a 3-4, for which Logan is better suited.

Logan, a third-round pick in 2013, has missed five games since entering the league – all in the past two seasons – and totaled 51 starts and 5.5 sacks. He’s coming off the third straight year in which he started in each of his appearances, and he notched personal bests in sacks (2.5) and forced fumbles (two).

Logan earned an honorable mention on PFR’s Top 50 Free Agents list, and ranked as our No. 6 free agent interior defender.