Cornerback Davon House has agreed to one-year deal with the Packers, according to a source who spoke with Tom Silverstein of the Journal Sentinel (on Twitter). The deal brings House back home to where his NFL career started. 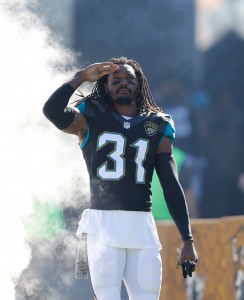 The timing of the House agreement might not be coincidental. Minutes ago, the Packers lost running back Eddie Lacy to the Seahawks. A reunion with House may take some of the sting out of the Lacy defection for some Packers fans (other Packers fans, meanwhile, are rolling their eyes as they read this).

The 27-year-old (28 in July) shined in a reserve role while with the Packers. When he first joined Jacksonville, he ascended to a larger role and started in all 16 games. Then, in 2016, he was demoted to the bench as Jalen Ramsey and Prince Amukamara held down the top spots.

After finishing near the bottom in passing yards allowed last season, House could give the Packers secondary some badly-needed reinforcements.