Well, it looks like Kayvon Webster only needed one visit to find a second NFL employer. The longtime Broncos cornerback will sign with the Rams, Adam Schefter of ESPN.com tweets. He’ll earn $8MM over two years and could get up to to $12MM through incentives, Ian Rapoport of NFL.com tweets. 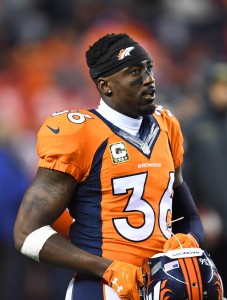 Webster had trips to meet with the Eagles and Dolphins scheduled, but with his Los Angeles summit not yet complete as of tonight, the fifth-year cover man/special-teamer decided on the Rams. The team has eyed Webster for a while, and the Broncos were bracing to lose their 2013 third-round pick due to the 26-year-old’s desire for more playing time. Zach Links had Webster ranked as one of this year’s top 50 free agents.

This will reunite Webster with defensive coordinator Wade Phillips while giving the corner a chance to have a bigger defensive role and possibly put him in position for a bigger contract come 2019, should he prove he has sufficient ability to contribute on defense. The Broncos did not use him much in this capacity, with Webster sitting not only behind corners Chris Harris, Aqib Talib and Bradley Roby but behind rookie safeties Justin Simmons and Will Parks — both of whom played far more than Webster did on defense in 2016.

But Webster was a special teams captain and made multiple impact plays during the 2015 Super Bowl run. He functioned as one of the Broncos’ top specialists in lieu of a steady defensive role. Webster will join a secondary that houses Trumaine Johnson but one that isn’t deep after losing Janoris Jenkins in free agency last year.