Will new Bills GM Brandon Beane have final say over the roster? The team’s public answer could differ from the day-to-day reality. 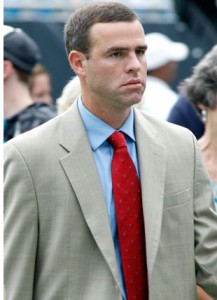 Coach Sean McDermott, who effectively was in charge of this year’s draft, will cede control of the 53-man roster to Beane, according to Ian Rapoport of NFL.com (on Twitter). Bills owner and CEO Terry Pegula will communicate this to the public on Friday, but McDermott will retain final say over the 53-man roster, Vic Carucci of the Buffalo News (Twitter links) hears. This is similar to the Chiefs’ model in which GM John Dorsey has a say in the roster, but everything must get the green light from coach Andy Reid.

Right now, we have conflicting reports from two highly-trusted reporters, so it remains to be seen how things will truly be divvied up between the two men. This offseason, McDermott wrestled control of operations away from former GM Doug Whaley and effectively pushed him out of Buffalo. After seizing that kind of power early on in his tenure, some believed that McDermott would continue to call the shots in the front office. Soon, we should have a better idea of how things will shake out in Western New York.

“During our search for a new general manager, Brandon stood out to Kim [Pegula] and I as he embodies the type of leader and type of person we want in our organization,” Terry Pegula said in a statement earlier this week. “Brandon has excelled in a variety of roles for a Panthers team that has consistently competed at a high-level in this league. We feel his vast understanding and experience in many facets of football operations will be invaluable to our club moving forward.”

One comment on “Brandon Beane To Control Bills’ Roster?”