The Jets are trading former first-round pick Calvin Pryor to the Browns, sources tell Mike Garafolo of NFL.com (on Twitter). In return, the Jets are getting linebacker Demario Davis, a player who spent multiple seasons as a starter in New York before leaving for Cleveland in free agency. The Browns have since confirmed the trade via press release. 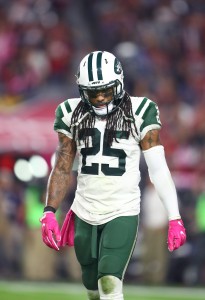 “Calvin is a young, experienced safety that has upside,” said Browns Executive Vice President of Football Operations Sashi Brown. “We are pleased to be able to add him to our defensive back room and just like every player we acquire, we expect him to come in with a hard-working mindset ready to compete. DeMario is a guy that we developed the utmost respect for in his time with our team, not only as a professional but also as a person. We appreciate all he did for our organization in his time in Cleveland.”

Nicknamed the “Louisville Slugger,” Pryor was drafted by the old regime with the hope that his hard-hitting style would elevate the team’s secondary. Unfortunately, he has not been able to produce in his three NFL seasons and the new regime didn’t have much use for him after drafting LSU’s Jamal Adams No. 6 overall and Florida’s Marcus Maye in the second round. The Jets couldn’t find a trade partner for Pryor prior to the 2017 draft, but they have struck a deal today with Cleveland.

Pryor would probably like to start at strong safety for the Browns, but that job might already belong to first round pick Jabrill Peppers. Still, there’s no reason why he can’t find work as a key reserve. Although he doesn’t fit the Jets plans, the advanced metrics are higher on him than you might think. In his first two NFL seasons, Pro Football Focus had Pryor ranked as a top-50 safety in the NFL. Last year, he took a slight step back, but he still earned a better score than Derrick Kindred and Ibraheim Campbell, two safeties who are hoping to stick on the Browns’ 53-man roster.

Davis saw part-time action in his rookie season after being selected in the third round of the 2012 draft by the Jets, but started every game for the team from 2012-2015. In 2015, his final year with the Jets, he totaled 89 tackles to go along with a pair of sacks and a fumble recovery. Davis inked a two-year, $8MM deal with the Browns in March 2016 and he’s now headed back to New York to complete the final year of that pact. He’ll make a $3.7MM salary this year, though it is completely non-guaranteed.