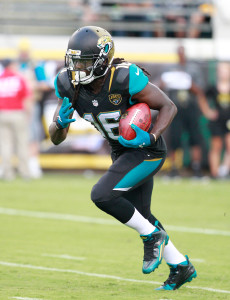 Dallas is pretty well set at running back as star Ezekiel Elliott is supported by a pair of former 1,000-yard rushers in Alfred Morris and Darren McFadden. It’s possible that the Cowboys are looking at Robinson as someone who can compete for fourth RB spot (if they carry four on the final roster) along with undrafted rookie Jahad Thomas and RB/FB Rod Smith. The Cowboys enjoyed the luxury of having four talented backs on the roster last year, but they’re slightly thinner now that Lance Dunbar is with the Rams. Someone like Robinson could also fill a temporary role on the roster if Elliott is suspended for any length of time.

The former Michigan star worked out for the Bears in May and the Jets in June, but left both auditions without signing.