Bene Benwikere will find himself on a fifth team in the past 11 months after the Bengals and Cowboys agreed to a trade. Dallas will acquire the fourth-year cornerback for a late-round pick, Ian Rapoport of NFL.com tweets. 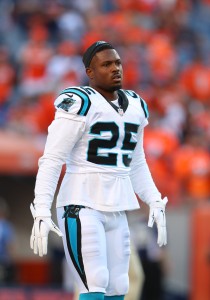 The Bengals signed Benwikere on a league-minimum deal in February. The former Panthers contributor hasn’t played in a game since Carolina cut him after a rough outing against the Falcons early last season.

Benwikere spent time as a UFA after stints with the Dolphins and Packers last season. The former Carolina starter received interest when on waivers last season, but the Cowboys were not one of the teams who put in a claim for the corner. Benwikere started 14 games with the Panthers from 2014-16 but was not part of their Super Bowl 50 effort, suffering an injury late in the 2015 season.

The Cowboys drafted three corners — Chidobe Awuzie, Jourdan Lewis and Marquez White — and signed Nolan Carroll. Benwikere could provide some experience as a reserve to a Dallas roster that lost Brandon Carr and Morris Claiborne in free agency.

One comment on “Bengals Trade Bene Benwikere To Cowboys”