The Bills announced that they have signed cornerback Phillip Gaines. Terms of the deal are not yet known. 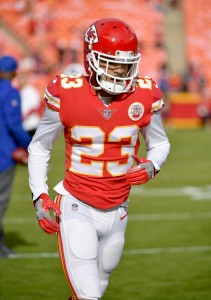 Gaines spent the past three seasons with the Chiefs, operating primarily as a reserve. He did start three games in 2017, however, as Steven Nelson missed the start of the year with a core muscle injury. All in all, Gaines had 30 tackles and three pass breakups last season.

The former third-round pick was in the Chiefs’ rotation throughout the year, but he did not grade out well according to the advanced metrics at Pro Football Focus. Gaines was the league’s second-worst qualified CB, per PFF, and has not earned a positive grade since his rookie season in 2014.

With the Bills, Gaines will provide depth behind starters Vontae Davis and Tre’Davious White. It seems as though he’ll take over for Leonard Johnson, who appeared in 15 games last year for Buffalo as a nickel corner but remains unsigned.