The Lions are scouring the defensive tackle market. They’re expected to bring in free agents Johnathan Hankins and Alan Branch for visits and former Titans defensive tackle Sylvester Williams is also on their radar, Field Yates of ESPN.com tweets. Meanwhile, they’re working on a deal with former Pats defensive tackle Ricky Jean-Francois, according to Ian Rapoport of NFL.com (on Twitter). 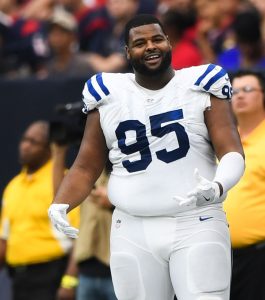 The Lions project to start A’Shawn Robinson and Akeem Spence on the interior defensive line, but they’re a little thin in support. Last year’s sixth-round pick Jeremiah Ledbetter and former UDFA Toby Johnson are the only other DTs on the roster as of this writing. It’s possible that the Lions will look to sign two or more of the aforementioned quartet of free agent defensive tackles to pad out the depth chart.

Given GM Bob Quinn‘s ties to the Patriots, Jean-Francois would be a logical signing for Detroit. Hankins, meanwhile, might be the most intriguing talent of the bunch given his success in the Giants’ 4-3 scheme from 2013-2016. Last year, he also performed well in the Colts’ 3-4 defense.