The Saints have tendered restricted free agent wide receiver Willie Snead at the lowest level ($1.907MM), a source tells ESPN.com’s Adam Schefter (on Twitter). New Orleans will have the first right of refusal, but there will be no draft compensation for the Saints in the event of an unmatched offer sheet 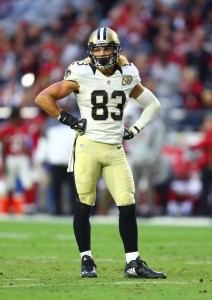 Snead, 26 in October, was hardly a factor in the Saints’ offense last year. However, he averaged 70 catches for 940 yards and four touchdowns over the previous two seasons. Last year, as an exclusive rights free agent, he pushed for an an amended contract and didn’t get it. Now, he’s a long way from that big-money contract he wanted, but there should still be a market for his services.

New Orleans has two locked-in receivers in Michael Thomas and Ted Ginn, but the club could see a bit of overhaul on its wideout depth chart. In addition to Snead, wide receiver Brandon Coleman is also a restricted free agent.

In other Saints news, the team has decided against a tender for restricted free agent cornerback Delvin Breaux. Breaux, a former CFL standout, turned in a strong season for the Saints in 2015. Unfortunately, things tailed off from that point and he lost his entire 2017 season to injury.

3 comments on “Saints Use Lowest Tender On WR Willie Snead”