The Cardinals have wrapped up their 2018 draft class. On Thursday, Arizona inked their final straggler in third round centerMason Cole. 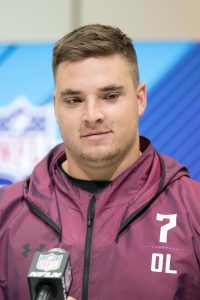 Cole, a Michigan product, owns the distinction of being the first true freshman offensive lineman in program history to start the season opener. He did so at the left tackle position, where he spent the first two years of his collegiate career. Starting with his junior season, Cole made the switch to the middle when Graham Glasgow left for the NFL. In the pros, Cole projects to serve as Arizona’s backup center behind starter A.Q. Shipley.

Here’s the complete rundown of the Cardinals’ draft class:

As of this writing, 12 third round draft picks in the 2018 class remain unsigned. In total, 54 of this year’s 256 picks have yet to ink their deals.