The Colts are taking a look at two of the best safeties left on the free agent market. Tre Boston and Kenny Vaccaro will meet with the Colts on Monday, according to Ian Rapoport of NFL.com (on Twitter). 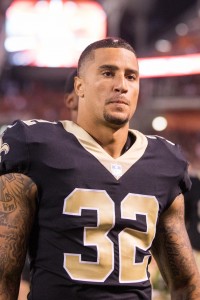 The market has been slow to develop for veteran safeties this year as many clubs opted to go for younger and cheaper alternatives in the draft. The Colts already have one high-potential safety in Malik Hooker and either Boston or Vaccaro would provide them with another quality starter in the secondary. Last week, PFR’s Dallas Robinson ranked both players in the top 10 of the remaining free agents on defense.

The Cardinals, Raiders, Browns, and Giants expressed interest in Boston back in March, but we haven’t heard much on that front in recent weeks. Needless to say, it has been a frustrating offseason for the former Charger.

“It’s kind of unbelievable to me,” he said. “We’re talking about a position that’s needed more and more on the field in today’s game. “There are about five or six valuable starting safeties in free agency right now. But I guess it’s just trying to get us to take peanuts like the rest of them have. That’s just the business of the game.”

Vaccaro, meanwhile, met with the Dolphins in April, but left Miami without a deal. The lack of interest has been surprising given Vaccaro’s starting experience and ability to play slot cornerback, but he is coming off of a down season in New Orleans.

Neither player is without warts, but the Colts may have an opportunity to add one or both of them at an extremely discounted rate.

One comment on “Colts Meet With Tre Boston, Kenny Vaccaro”