The Patriots aren’t planning to pick up the fifth-year option on defensive tackle Danny Shelton, a source tells Mike Reiss of ESPN.com (on Twitter). Many expected the Pats to tack the additional year on to Shelton’s rookie deal, so this comes as a bit of a surprise. 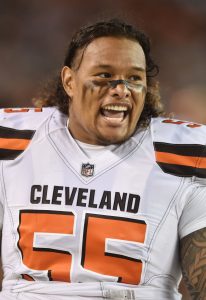 Shelton is now on course to hit the open market after the 2018 season. As shown on PFR’s Fifth-Year Option Tracker, Shelton would have cost the Patriots $7.154MM in 2019 had they exercised the option and kept him on the roster through next year.

The Patriots acquired Shelton from the Browns (along with a 2018 fifth-round pick) in exchange for a 2019 third-round choice. In his three seasons with the Browns, Shelton started in 45 of his 46 appearances and turned in some solid performances as a part of a not-so-solid Browns front seven. Even in a down 2017, he still graded out as Pro Football Focus’ No. 35 ranked interior defender out of 122 qualified players.

As shown on Roster Resource, the Patriots also have Lawrence Guy and Malcom Brown in the middle, but Shelton should have an opportunity to compete for a first-string job in camp. Shelton has demonstrated the ability to play in multiple schemes and his versatility should make him a solid replacement for Alan Branch in the rotation.