While there has been no recent movement in talks regarding a trade that would send Seahawks safety Earl Thomas to the Cowboys, Dallas has “quietly held out hope” that it may acquire the All-Pro defensive back, according to Clarence Hill of the Star-Telegram. 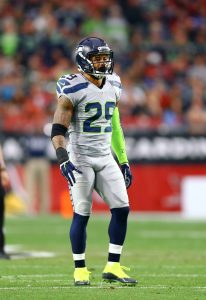 The Cowboys have made no secret in their interest in Thomas, and the club reportedly had talks with the Seahawks near the draft. However, Dallas balked at sending a second-round pick (which would have been the 50th overall selection) to Seattle in exchange for Thomas. Since that time, Seahawks general manager John Schneider acknowledged that while his team did have discussions involving Thomas, no deal was “remotely close to happening.”

However, Thomas has since continued his holdout: he did not report to mandatory minicamp earlier this week, and indicated he’ll continue to stay away from the Seahawks until his contract is “resolved.” Thomas’ absence isn’t major news in and of itself, but Seattle reportedly hadn’t had any conversations about Thomas’ deal — which expires after the 2018 season — as of late May. As such, there may not be a clear resolution in sight.

Thomas is scheduled to earn a base salary of $8.5MM in 2018, so the Cowboys — who have roughly $11.5MM in cap space — would be able to fit him on their books. Given that Thomas’ is clearly unhappy with his current contract, Dallas would likely need to extend the 29-year-old. Seattle, meanwhile, would incur a dead money charge of $1.9MM as a result of a Thomas trade.

Arguably the most consistent safety in the NFL since 2010, Thomas graded as the league’s No. 9 safety in 2018, per Pro Football Focus. In Dallas, Thomas would not only give the Cowboys over either Jeff Heath or Xavier Woods, but reunite with former Seahawks defensive coordinator Kris Richard, who is now Dallas’ defensive backs coach and passing game coordinator.

16 comments on “Cowboys “Holding Out Hope” Of Acquiring Earl Thomas?”