Lingering guarantees can be a rough pill to swallow for NFL teams as they move on from players, but the league’s post-June 1 designation allows clubs to spread out the dead money hit over two seasons while reaping greater benefits in the current year. This offseason, five teams took advantage of the rule to carve out some cap space. As Field Yates of ESPN.com (on Twitter) notes, the following clubs now have some extra breathing room to sign draft picks and add veterans in the late stages of free agency: 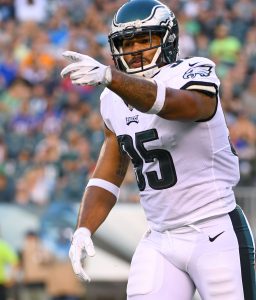 The additional cap space will be particularly useful for the Dolphins and Eagles, who have about $400K in cap room combined. The Falcons ($3.7MM),Saints ($4.2MM), and Cowboys ($8.5MM) are also looking forward to the extra fiscal flexibility. The extra cap room may help to jumpstart the free agent market for players such as Dez Bryant, Tre Boston, Kenny Vaccaro, Eric Reid, and others without a home at this stage of the offseason.

The Dolphins have yet to sign any of their 2018 draft picks, including top choice Minkah Fitzpatrick, but you can expect to see some movement on that front once they receive their $17MM reprieve. The Cowboys, Saints, and Eagles have already wrapped their respective draft classes and the Falcons have signed every pick except for first rounder Calvin Ridley, so those four clubs can concentrate on using their extra room for veteran additions, or new deals/contract sweeteners for current players.