Although the odds Antonio Brown is wearing a different uniform are still fairly decent, the All-Pro wide receiver continues to talk with members of the Steelers front office. 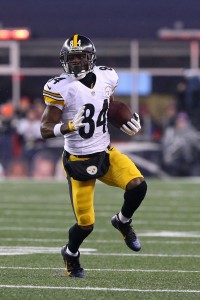 The Steelers have yet to grant Brown or agent Drew Rosenhaus permission to seek a trade. During this time, however, Brown has maintained a steady dialogue with some Steelers personnel executives, Ian Rapoport of NFL.com notes (video link), adding that the relationship remains solid between Brown and some members of the front office.

However, Brown has not discussed his situation with Kevin Colbert or Mike Tomlin, Rapoport adds. Nor has Brown returned Art Rooney II‘s phone calls since the season ended, Mark Kaboly of The Athletic notes (subscription required).

As of Monday, Brown’s preference is still to be traded. Brown has been most connected to the 49ers, the latest link being a Photoshopped image of a No. 84 49ers jersey. But not much has developed on that front since rumors the Steelers might initiate trade talks surfaced.

Brown and Tomlin obviously did not leave things in a good place after the season ended. But Rooney appears to have softened his stance about the 30-year-old superstar returning to Pittsburgh in 2019. Brown still has some support in the Steelers’ locker room as well. Rooney, however, added the caveat of likely needing to hear some sort of an apology from Brown for his Week 17 actions if the parties will move forward together.