The Browns are signing former Vikings defensive tackle Sheldon Richardson to a three-year, $36MM deal, Ian Rapoport of NFL.com tweets. The Browns’ D-Line now looks pretty fearsome with recent pickup Olivier Vernon and Myles Garrett on the bookends and Richardson occupying a space in between. 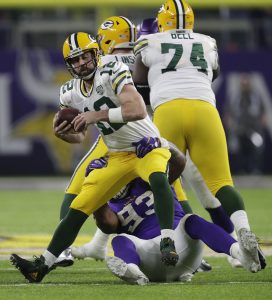 Richardson, a longtime Jets standout, was shipped to the Seahawks days before the start of the 2017 season. Then, last year, he signed with a one-year, $8MM deal with the Vikings.

It was a disappointing year for the Vikes, but Richardson had a solid year on an individual level. He finished out with 4.5 sacks and 49 tackles and graded out as the No. 47 ranked interior defender in the league, per Pro Football Focus.

It’s a massive upgrade for Richardson compared to the relatively small deal he settled for last offseason, and his decision to re-enter free agency in 2019 paid off handsomely. The former first round pick had some off-field issues early in his career and face questions about his motivation with the Jets, but he’s mostly put those to rest the past couple of years.

It’s the first splashy free agency signing by the Browns so far, and it likely won’t be the last with all the cap space Cleveland is sitting on.With fellow defensive tackle Larry Ogunjobi, the Browns now have a very solid run-stuffing duo on the interior. The Browns are looking to build on the momentum they had toward the end of last season, and are focused on building up the defense.