Former Chiefs safety Eric Berry is visiting the Cowboys tomorrow, per Ian Rapoport of NFL.com (via Twitter). After a long-rumored reunion of sorts with Earl Thomas never came to fruition, Dallas is still in the market for safety help, and the club is looking at another former First Team All-Pro. 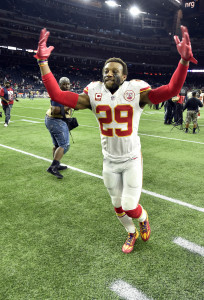 Berry, 30, was cut by Kansas City after the Chiefs inked fellow safety Tyrann Mathieu to a lucrative free agent contract. Berry has always been a terrific player, but he has had difficulty staying on the field throughout his career.

In five of his nine pro seasons, Berry has failed to play more than five games. He’s been available for only three total regular season contests over the past two years after rupturing his Achilles in September 2017, but in spite of that, Berry doesn’t plan to undergo offseason surgery to correct his nagging heel concerns.

That is enough to give any team pause, but the Cowboys need a safety and may see Berry as a worthwhile gamble. The club met with Clayton Geathers earlier today, and while there is probably room in the defensive backfield to add both talented but injury-plagued talents, that is not an especially likely scenario.

This marks Berry’s first scheduled visit since he was cut.