The Titans are expected to release safety Jonathan Cyprien sometime this week, a source tells Adam Schefter of ESPN.com (on Twitter). However, the Titans would like him back at a cheaper rate.

Tennessee pulled the trigger on this transaction on Tuesday, doing so with a failed-physical designation, NFL reporter Howard Balzer tweets. 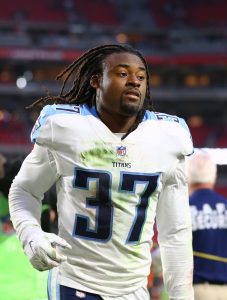 Cyprien, 29 in July, was set to resume his role as the Titans’ starting strong safety in 2018. Unfortunately, he suffered a torn ACL in August that sidelined him for the entire year. Cyprien is talented, but injuries have held him back in recent years. In 2017, a hamstring ailment limited him to just ten games.

Cyprien joined the Titans in 2017 on a four-year, $25MM free agent deal. The pact had just $9MM guaranteed, however, and the Titans will save $5.25MM against just $1.5MM in dead money.

In his first year with the club, Cyprien had 57 total tackles and one sack in his ten games. He graded out as one of the ten worst qualified safeties in the NFL, according to Pro Football Focus, though PFF’s metrics have never been particularly high on him.