The Jets are reportedly targeting NFL Network analyst Daniel Jeremiah for a high-ranking role in the front office. Meanwhile, Jeremiah claims he has not heard from Gang Green. 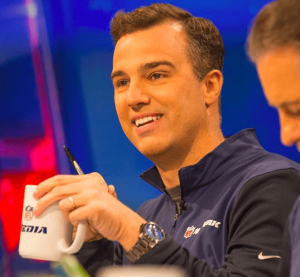 After firing GM Mike Maccagnan, the Jets installed new head coach Adam Gase as the team’s interim GM. Soon after, we learned that Eagles executive Joe Douglas is at or near the top of the team’s list for the GM role. Meanwhile, the club is also said to be courting Peyton Manning, who has no experience as a front office executive.

It’s not immediately clear whether the Jets see Jeremiah as a possibility for the GM job or if he would be a candidate for a top scouting position. But, for what it’s worth, the draft analyst says he is not interested in following Mike Mayock‘s footsteps with a jump into NFL decision making.

13 comments on “Daniel Jeremiah: I Haven’t Heard From Jets”