The Patriots have agreed to sign wide receiver Dontrelle Inman, according to Mike Reiss of ESPN.com (on Twitter). Terms of the deal are not yet known, but it’s likely a one-year pact for the Pats and the veteran. 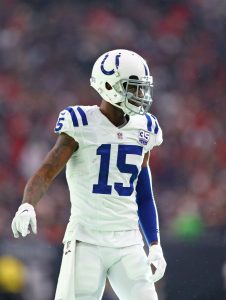 Inman spent the first few years of his career with the Chargers, but has bounced around since the start of the 2017 season. After starting out with the Bolts in ’17, he hooked on with the Bears. Then, last year, he joined the Colts as a free agent where he caught 28 passes for 304 yards and three touchdowns.

The Lions considered Inman earlier this offseason, but he’s joining up with the defending champs instead.