The Dolphins have reached an injury settlement with tight end Dwayne Allen and released cornerback Torry Mctyer, a source tells ESPN.com’s Adam Schefter (on Twitter). Allen was unable to stay healthy or produce in camp, leading to his late-August release. 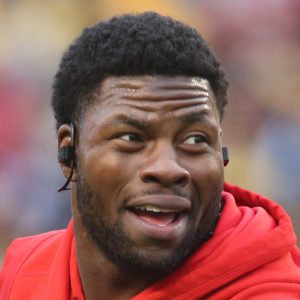 “They got younger guys they want to invest more time in,” Allen told ESPN.com’s Josina Anderson (on Twitter). “They decided to let me go, but I appreciate the opportunity that they gave me. There are teams calling, but we will see. I had an offseason knee surgery that I need to heal up from.”

Allen was expected to be a big part of the Dolphins’ offense, but it appears they are comfortable with tight ends Mike Gesicki, Nick O’Leary, and Durham Smythe. Allen, meanwhile, could look for work elsewhere, though he hinted at leaving the NFL altogether.

“I love the game of football. It’s a great gift to all us all, but I will take some time to think about my future,” Allen told Anderson. “I know at some point I want to go back to school.”