Jalen Ramsey will return to play for the Jaguars on Sunday. At least, that’s the impression owner Shad Khan has after a “heart to heart” chat with the cornerback. 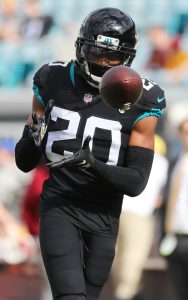 “Well, I think he’s going to be playing this week,” Khan said (via Katherine Ross of The Street). “It’s something, you have to balance what’s good for the team with what the individual maybe wishes it might be. And I think we’ll be able to kind of formalize it here.”

Ramsey was limited in practice on Wednesday, but his participation was, possibly, a sign of a major breakthrough. For weeks, Ramsey has been steadfast in his demand for a trade. Now, things might be turning a corner.

Khan has expressed a willingness to make Ramsey one of the highest paid cornerbacks in the NFL – or perhaps the highest-paid cornerback in the NFL – and that could be enough to mollify Ramsey’s concerns. It’s still worth noting that Ramsey has had flare-ups with head coach Doug Marrone, specifically over the way he has been deployed in zone coverage rather than man-to-man coverage.

The Jaguars clearly don’t want to trade Ramsey between now and the Oct. 31 deadline, but even Khan admits there’s a price tag for every player. When asked about a recent report that the Jaguars wouldn’t trade Ramsey for five first-round picks, Khan answered with a rhetorical question:

“Do you understand value? Then I think you already know the answer.”