On every Chiefs 2010s roster except for the edition that has voyaged to the Super Bowl, Eric Berry does not plan to retire. The former All-Pro safety opted to sit out in 2019 but did not lack for interest, according to NFL.com’s Mike Garafolo (video link). 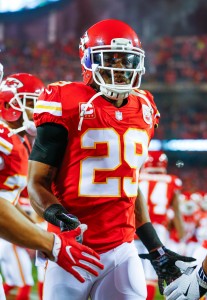 Berry was on a few teams’ radars last summer but wanted to make sure he was sufficiently recovered from the injuries that led to his Chiefs release. Following what Garafolo categorizes as an “intentional sabbatical,” the former top-five draftee plans to play in 2020.

After the Chiefs released Berry in March, he visited the Cowboys and popped up on the Browns’ radar. We heard nothing from the potential All-Decade teamer during the season, however. Berry’s six-year, $78MM Chiefs extension — then a safety-record contract — in 2017 preceded a torn Achilles’ tendon in Week 1 of the ’17 season and a nagging heel injury that cost him most of the ’18 campaign.

The Chiefs ate $14.95MM in dead money because of Berry’s release — $8MM of which will be attached to their 2020 payroll — but saw their safety corps improve after adding Tyrann Mathieu.

Berry, however, is only 31 and is seeking a 10th season. He has overcome plenty in his career. In addition to beating cancer, the University of Tennessee product battled back from a 2011 ACL tear and did return to action late last season despite the painful heel ailment.

The 2010 No. 5 overall pick is a three-time first-team All-Pro. His most recent such honor, in 2016, came after two return touchdowns and the NFL’s first “pick-two.” However, Berry has not displayed full health since September 2017, so getting back into a starting lineup is not a certainty.

4 comments on “Eric Berry Plans To Return Next Season”