As expected, Tom Brady rumors have picked up steam over the past couple of days. It has been clear for some time that the chance of a split between the future Hall-of-Famer and the Patriots is as great as it’s ever been, but a return to Foxborough is still on the table. 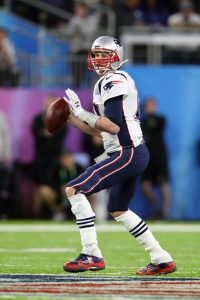 And team owner Robert Kraft wants to see Brady back with the Pats for his age-43 season. Kraft was asked by a TMZ reporter on Tuesday if the Patriots are going to re-sign Brady, and Kraft said, “we plan to” (h/t Doug Kyed of NESN.com).

Of course, we recently heard that Brady is looking forward to exploring free agency, and even if he ultimately remains with the Patriots, it will not be before he has first had the opportunity to test the market. The Chargers continue to be mentioned as a possible landing spot for Brady, and the Colts and Raiders have also been named as speculative fits.

Brady is not the player he once was, but the fact that he is still playing is remarkable in and of itself. In 2019, the Pats were driven primarily by their defense, as Brady posted a fairly pedestrian 88.0 QB rating. But with a very underwhelming collection of talent at wide receiver and tight end, he still threw for over 4,000 yards and 24 TDs against just eight interceptions.

The Chargers boast much more receiving talent than the Patriots do at the moment, and they also have a running back in Austin Ekeler who is adept at catching passes out of the backfield (assuming the Bolts bring Ekeler back, which they almost certainly will). With a strong supporting cast, there is no reason to think Brady cannot play at a starter level for one or two more seasons.