The Browns won’t be re-signing left tackle Greg Robinson, as Nate Ulrich of the Akron Beacon-Journal tweets. This was relayed to his camp even before his recent arrest for marijuana possession near the U.S./Mexico border. 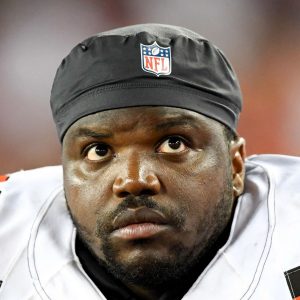 Robinson, the former No. 2 overall pick in the 2014 draft, looked the part of a late bloomer after hooking on with the Browns in 2018. After a solid Year One, he was re-upped on a one-year deal with a base value of $7MM, plus incentives that could have taken him to $9MM.

In 2019, he regressed sharply. At points, Robinson was turnstile during the Browns’ trying year and his inconsistency was one of many issues that dogged their talent-laden offense. On the flipside, it’s worth noting that the advanced metrics were somewhat kind to him – he graded out as Pro Football Focus’ No. 41 ranked tackle in the NFL last year. That’s not great for a playoff hopeful’s left tackle, but it’s not a bad slot among 81 qualified players.