The Cowboys shocked the NFL world on Wednesday by agreeing to a one-year deal with edge rusher Aldon Smith, who hasn’t played in the league since November 2015. As expected, Smith’s pact doesn’t contain any guaranteed money, but Todd Archer of ESPN.com (Twitter links) has outlined the parameters of Smith’s contract, which could potentially net the 30-year-old $4MM. 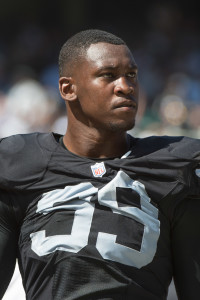 In order to earn any money whatsoever, Smith must obviously be reinstated by the NFL. The former first-round pick applied for reinstatement last month, and if/when the league allows him to play, Smith will collect $90K from Dallas, per Archer. He’ll then collect a series of bonuses as follows:

Clearly, the NFL’s training camp and preseason schedule could possibly altered due to the ongoing COVID-19 pandemic. But if the league’s scheduled goes according to plan, Smith will have earned $440K by the conclusion of the preseason. If the Cowboys released him at that point, they’d be on the hook for that total.

Because Smith didn’t play in the NFL in 2019, those incentives are considered “not likely to be earned” and thus do not count against the Cowboys’ salary cap. Smith would likely have to play at something close to an All-Pro level in order to reach every incentive, but he did meet or exceed 14 sacks in each of his first two NFL campaigns.