Aldon Smith is in trouble once again. According to a report from TMZ.com, the former Pro Bowler was arrested on Monday and booked on a felony charge of DUI causing injury. 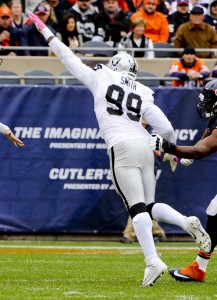 According to the report, records show that Smith was booked into a Northern California jail on Monday evening. The 32-year-old’s bail was set at $50K, and he’s scheduled for a court hearing on Wednesday.

The former first-round pick battled legal issues (including multiple DUI arrests) during his first NFL run and during his ensuing four-plus-year hiatus. The Cowboys ended Smith’s exile from the NFL in 2020, and the defensive end finished the season with 48 tackles and five sacks in 16 starts. He caught on with the Seahawks back in April, but that signing was followed by another arrest, this time on a second-degree battery charge.

Seattle ended up cutting Smith in August, and he’s remained a free agent since that time. The player has been arrested twice since his reinstatement from the NFL, and while he seemed to be on the right track in 2020, his NFL future is once again in doubt.

The Seahawks have released defensive end Aldon Smith (Twitter link via NFL.com’s Mike Garafolo). He’ll be a full fledged free agent this week, but his off-the-field situation and conditioning might keep him off the field for a while.

Smith joined the Seahawks in April but was booked on a battery charge just days later. On top of that, Smith wasn’t in good enough shape to participate in minicamp this summer. The Seahawks were disappointed to say the least – Smith could have been a valuable addition to the front seven at a reasonable rate. His one-year deal was worth only $1.12MM with just $137K guaranteed.

With the former All-Pro edge defender out of the picture, the Seahawks will move forward with Carlos Dunlap, Benson Mayowa, and former 49er Kerry Hyder. They’ve also got former first-round pick L.J. Collier to help at defensive end.

Smith seemed to be on the right track after starting in all 16 games for the Cowboys last season. After missing full four years due to suspension, he finished out with five sacks, two fumble recoveries, and 14 quarterback hits.

After attempting to trade for Aldon Smith ahead of last year’s deadline, the Seahawks signed him in April. The talented pass rusher, however, has not enjoyed a smooth offseason in Seattle.

In addition to being booked on a battery charge less than a week after agreeing to terms with the Seahawks, Smith did not participate in Seattle’s offseason program. The 31-year-old defensive end did not view himself as being in sufficient shape to participate, and Brady Henderson of ESPN.com notes the Seahawks gave him permission to skip minicamp. Smith has not been arraigned for the incident in New Orleans.

Given the off-field issues that sidetracked Smith’s career during his time with the 49ers and Raiders, the minicamp absence — excused or not — should not provide a good sign regarding the embattled pass rusher’s status with his new team. The former All-Pro edge defender should not be considered a lock to make the Seahawks’ 53-man roster, with Henderson adding the Seahawks view Smith as a luxury rather than a player they will count on this season.

Smith signed a one-year deal worth $1.12MM, with just $137K guaranteed, and his contract came during an offseason in which the Seahawks were busy on their defensive front. Seattle re-signed Carlos Dunlap and Benson Mayowa and added Kerry Hyder after his productive 49ers season. The team also has former first-round pick L.J. Collier at defensive end. While Smith’s ceiling may still be higher than some of his new D-line teammates’, a rocky offseason may well work against him.

Smith did play 16 games with the Cowboys last season, recording five sacks and 14 quarterback hits, and started throughout despite missing four full seasons due to a suspension. But his status with the Seahawks will be worth monitoring during the leadup to the regular season.

Aldon Smith turned himself in to authorities Tuesday night and was booked on a second-degree battery charge, Michael Gehlken of the Dallas Morning News tweets.

A warrant went out for Smith’s arrest earlier this week for an incident that took place Saturday. The recent Seahawks acquisition has been accused of assaulting an acquaintance outside a coffee house in New Orleans. Smith, 31, is now free on bond, Gehlken adds.

Smith, however, contends he did not touch the man who is accusing him of assault, Mike Florio of Pro Football Talk reports. The alleged dispute was between Smith and members of his family and the husband of Smith’s pregnant sister, according to Florio.

The Seahawks signed Smith to a low-cost one-year deal. While the veteran pass rusher remains a member of the Seahawks, this latest arrest could change that status. Smith battled past legal issues during his first NFL run and during the ensuing four-plus-year hiatus. The Cowboys ended Smith’s exile from the NFL but elected not to re-sign him this offseason.

Just a few days after the Seahawks signed pass rusher Aldon Smith, there are already complications. Smith is wanted in New Orleans on a charge of second-degree battery, Travers Mackel of WDSU tweets.

The bulletin from the sheriff’s office says Smith is wanted for an alleged battery that happened on April 17 outside the French Press Coffee House. An acquaintance of Smith’s accused the 31-year-old defender of assault, according to a police report (via NOLA.com’s Amie Just, on Twitter). A warrant went out for Smith’s arrest.

It’s an unfortunate development who just finally got back on the field last season after many years of off-field issues. The seventh overall pick of the 2011 draft by the 49ers, Smith became an instant star and racked up 19.5 sacks while picking up a first-team All-Pro nod in 2012.

Things unraveled pretty quickly after that, as Smith was hit with a series of suspensions for various substance abuse and legal issues. After not having played in a game since the 2015 season, he improbably managed to return to the NFL with the Cowboys last year.

He had five sacks and a fumble recovery touchdown in 16 games with Dallas. The Seahawks had been interested for a while, as they tried to trade for him at the trade deadline. It’s unclear if their interest is strong enough for them to put up with this latest incident. It wouldn’t be surprising if Seattle elects to cut ties and not deal with the headache. Smith will turn 32 in September.

The Seahawks have agreed to a one-year deal with Aldon Smith (Twitter link via NFL.com’s Mike Garafolo and Ian Rapoport). The deal came together pretty quickly, following the edge rusher’s Wednesday visit.

Smith’s multitude of suspensions and off-the-field incidents kept him out of the league for years. He was pretty much off of everyone’s radar, up until last year when the Cowboys signed him to a low-cost one-year deal. Smith managed to shake off the rust, tallying five sacks, two fumble recoveries, and 14 quarterback hits on 73% of Dallas’ defensive snaps.

All of Smith’s sacks came in the first half of the season. Around that time, the Seahawks took notice and tried to pry the veteran away from the Cowboys just before the deadline. Even though they were rebuffed, they managed to get their man a few months later.

After recording 46 sacks last year to finish seventh in the league, the Seahawks have done their best to keep the band together. Carlos Dunlap — the Seahawks’ Plan B when the Smith talks fell through — was re-signed to a two-year deal in late March. Smith will be joined up front by Benson Mayowa, who has a fresh one-year contract, and fellow newcomer Kerry Hyder, who joined on a three-year, $16.5MM accord. 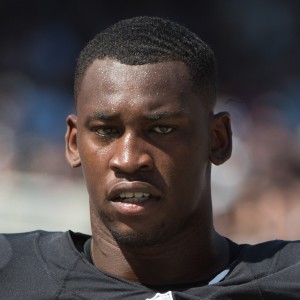 Smith, once one of the best pass-rushers in the league, hadn’t played since the 2015 season before improbably returning to the field last year with the Cowboys. He played pretty well, considering the rust, racking up 48 tackles, five sacks, and a pair of fumble recoveries. In the midst of his comeback season, the Seahawks tried to work out a trade with the Cowboys. When they declined, the Seahawks pivoted to accomplished Bengals sack artist Carlos Dunlap.

The Seahawks have made a habit of collecting highly-drafted players in the later stages of their careers. Smith — the seventh overall pick in 2011 — would fit the mold. He achieved star status early in the NFL, making first-team All-Pro in 2012 with 19.5 sacks. Unfortunately, off-the-field issues quickly derailed his career and caused him to miss games in every season to follow.

The 31-year-old (32 in September) profiles as a potential low-risk, high-reward pickup for the Seahawks. If signed, he’ll join Dunlap and newcomer Kerry Hyder in the front seven.

The Cowboys remain in discussions with longtime linebacker Sean Lee, according to head coach Mike McCarthy (via Jon Machota of The Athletic). The 34-year-old is a candidate to retire, but he is apparently interested in a 12th season in Dallas. 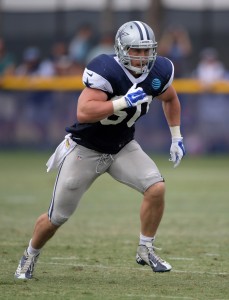 The oft-injured ‘backer is long removed from his days as an elite defender, but he could still be useful in a rotational role. Though he played in just nine games in 2020, he played in all 16 contests in 2019 (including 13 starts) and ended that season on a high note. He tallied double-digit tackles in two of his final five games in 2019 and finished out with 86 stops, a sack, an interception, and four passes defensed, leading to a one-year, $4.5MM re-up last offseason.

But sports hernia surgery delayed Lee’s 2020 debut until Week 8, and he wound up recording just 20 tackles while playing in 16% of the Cowboys’ defensive snaps (both career lows outside of the 2014 season, which was wiped out completely due to an ACL tear). If he were to return, it would likely be for much less than his $4.5MM 2020 salary, and he would be the fourth LB on the depth chart behind Leighton Vander Esch, Jaylon Smith, and free agent acquisition Keanu Neal. The Cowboys, though, should have a real chance to win the NFC East in 2021, and Lee may want to sign up for one more chance at a deep postseason run.

In related news, McCarthy pushed back on a recent report indicating the Cowboys have informed Aldon Smith that he won’t be retained. One of 2020’s best comeback stories, Smith is not a great fit in the 4-3 scheme that Dallas will run under new DC Dan Quinn, so the report didn’t come as much of a surprise. Still, McCarthy said the team remains in contact with the 31-year-old pass rusher.

“That’s still fluid,” McCarthy said. “I personally haven’t moved on. I was in a conversation yesterday about Aldon, so we’ll see how that works out moving forward. … We’re still talking there.”