The Falcons have officially signed safety Duron Harmon to a one-year deal, per a club announcement. Financial terms of the deal were not disclosed. In related news, the Falcons also confirmed their signing of veteran wide receiver/kick returner Cordarrelle Patterson. 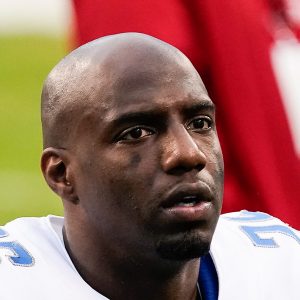 Harmon, 30, spent his first seven NFL seasons with the Patriots, providing reliable play with near-perfect attendance. Last year, old friend Matt Patricia brought him to Detroit in an exchange of late-round picks. Harmon went on to start in all 16 of the Falcons’ games, tallying 73 tackles, two interceptions, and five passes defensed along the way. Last year, Harmon earned a base salary of $3.5MM – this time around, he’ll likely earn less with the Falcons.

Harmon may not be an All-Pro, but he is a durable defender who can give the Falcons some badly needed depth at safety. Unless the Falcons score an impact rookie in the draft, he may be tapped to start at free safety opposite of Erik Harris.

For his career, the Rutgers product has 248 tackles, two tackles for loss, 19 interceptions, and 33 passes defensed to his credit. He’s also a three-time Super Bowl champion (including Super Bowl LI).