Jets safety Jamal Adams‘ future in the Meadowlands remains murky, but GM Joe Douglas continues to rave about his young star. Though the team is reportedly willing to slow-play negotiations with Adams, Douglas remains hopeful that the 2019 First Team All-Pro will be with Gang Green for the long haul. 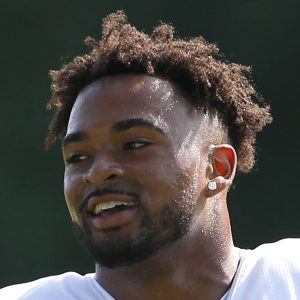 “[Adams] was a big reason I was excited about coming here,” Douglas said on ESPN NY 98.7 today (via Rich Cimini of ESPN.com). “I feel this guy is a core player. The main goal that I’m trying to do right now is to surround him with like-minded players, because we know Jamal is a dog.”

Coming off his third year in the league, Adams is extension-eligible for the first time. He is planning to skip the Jets’ voluntary virtual offseason program as he seeks a new contract, one that will surely make him the highest-paid safety in NFL history. New York can theoretically control him through the 2021 season, but it doesn’t seem as though Adams will willingly play into the 2020 campaign without a new deal in place, let alone 2021.

A trade remains a possibility, but one of Adams’ most aggressive suitors at the 2019 trade deadline, the Cowboys, are unlikely to trade a first-rounder for him at this point, and the Jets will certainly not deal him for anything less than a first-rounder (and then some). That reality, combined with the fact that an acquiring club would need to give up premium draft capital and authorize a record-breaking contract, makes it increasingly likely that Douglas will get his wish and will get to keep Adams at the core of his defense (even if the two sides to not come to terms for a while).

“We have to surround him with guys that play as hard as he does, that love football as much as he does and can match his intensity,” Douglas said. The neophyte GM will have a chance to do just that this Thursday, when his team is on the clock with the No. 11 overall pick of the 2020 draft.