As expected, the NFL has issued a memo authorizing coaching staffs to return to their team’s facilities tomorrow, June 5, as Ian Rapoport of NFL.com reports (via Twitter). Rapoport passes along the relevant portion of the memo in a separate tweet. 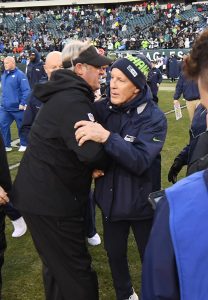 The league further noted that teams can have up to 100 people in their facilities at any one time (subject to state and local regulations, of course). As of right now, only players undergoing medical treatment are permitted in the facilities, as has been the case. However, the memo did note that the league will continue working with team medical staffs to implement testing for coaches and other club personnel prior to green-lighting the return of players.

Despite some earlier rumblings that the league would try to squeeze in a belated minicamp, Jonathan Jones of CBS Sports reiterates that the focus remains on getting coaches and players together for the scheduled start of training camp in July, not minicamp (Twitter link). Indeed, we have heard previously that some coaches would not take advantage of a minicamp even if one was authorized, and Buccaneers HC Bruce Arians said his players will not be at team facilities before training camp (Twitter link via Rick Stroud of the Tampa Bay Times).

That may be the case for most teams. As Mark Maske of the Washington Post notes (via Twitter), the NFL has left open the possibility of having players return on a limited basis later this month, but the union would have to agree to that, and it does not seem inclined to do so. In addition, multiple coaches tell Jeremy Fowler of ESPN.com that they will remain away from facilities until training camp, in spite of today’s memo (Twitter link).

Still, this is a positive step towards the business-as-usual goal that the NFL has espoused all along. At this point, it appears as if only the 49ers‘ coaches will be unable to access their facilities tomorrow (Twitter link via Rapoport). Santa Clara County has been slower to lift restrictions than other Bay Area counties, as Nick Wagoner of ESPN.com tweets, but the team is in communication with local authorities to obtain the necessary permission as soon as possible.

3 comments on “Coaching Staffs Permitted To Return To Facilities”