The Browns’ offer wasn’t good enough for Jadeveon Clowney, but it’s the best multi-year opportunity he’s gotten, according to Mary Kay Cabot of Cleveland.com. The Browns’ proposal was previously estimated to be somewhere in the range of $12MM/year. 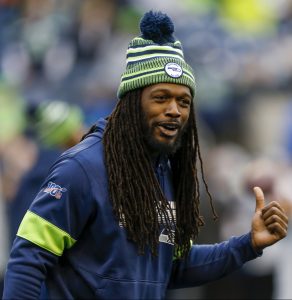 Earlier this week, we heard that the Browns would be willing to move their offer up to somewhere around $15MM/year. It’s not clear whether they’d be open to giving him that kind of money over multiple seasons or just for 2020, however.

The Browns have nearly $40MM in cap space, plenty of cash for summer upgrades. Besides, any deal for Clowney worth $15MM or less could be offset by the release of Olivier Vernon, who is due $15.25MM in non-guaranteed cash this year.

Clowney could effectively come as a package with a Myles Garrett extension. Both defensive ends are represented by Bus Cook, who is presently working to make Garrett the highest-paid DE in league history.

The Seahawks haven’t ruled out a reunion with Clowney either, but they’re limited by their cap situation. With just ~$14MM in spare room, they’ll have to get creative – and convincing – to bring the former No. 1 overall pick back to Seattle. For what it’s worth, they offered Clowney a ~$15MM deal earlier in the offseason, before they allocated most of their money elsewhere.